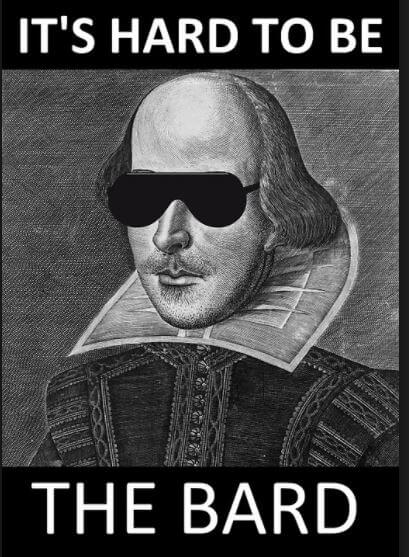 A couple of weeks ago, my husband and I saw the Broadway musical, Something Rotten – a hysterical send up of Shakespeare.
They reimagine Shakespeare as a rockstar, and in one of his songs he sings about how it is hard to be the bard.

This bar that I’m raising to be this amazing,
It’s hard, it’s so incredibly hard
So inconceivably, unbelievably hard.
It’s so annoyingly hard, so unavoidably, unenjoyably hard
It’s hard to be the bard, baby.

It’s hard to be amazing on the SAT/ACT, too

That’s exactly how my students feel!
Today I was working with an SAT student who’s aiming for the 90th% in math. She’s currently in the 76th%.
There were a couple of questions she didn’t know how to solve. But the vast majority of her mistakes were “silly” mistakes. She divided by 4x instead of subtracting 4x. She bungled a survey question that she could have gotten correct. She found the value on the chart for +2 instead of for -2.

It comes down to execution

Yes, you need to know things for the ACT and SAT. But what separates the insanely high scores from the merely great ones is execution.
You have to be able to find the right answer, in the shortest amount of time, over and over again, without any errors, 58 times in a row. (And that’s after you’ve already answered 96 previous SAT questions in the reading and writing sections.)
It’s hard! It’s so incredibly hard!
Here’s how to make it a little easier: