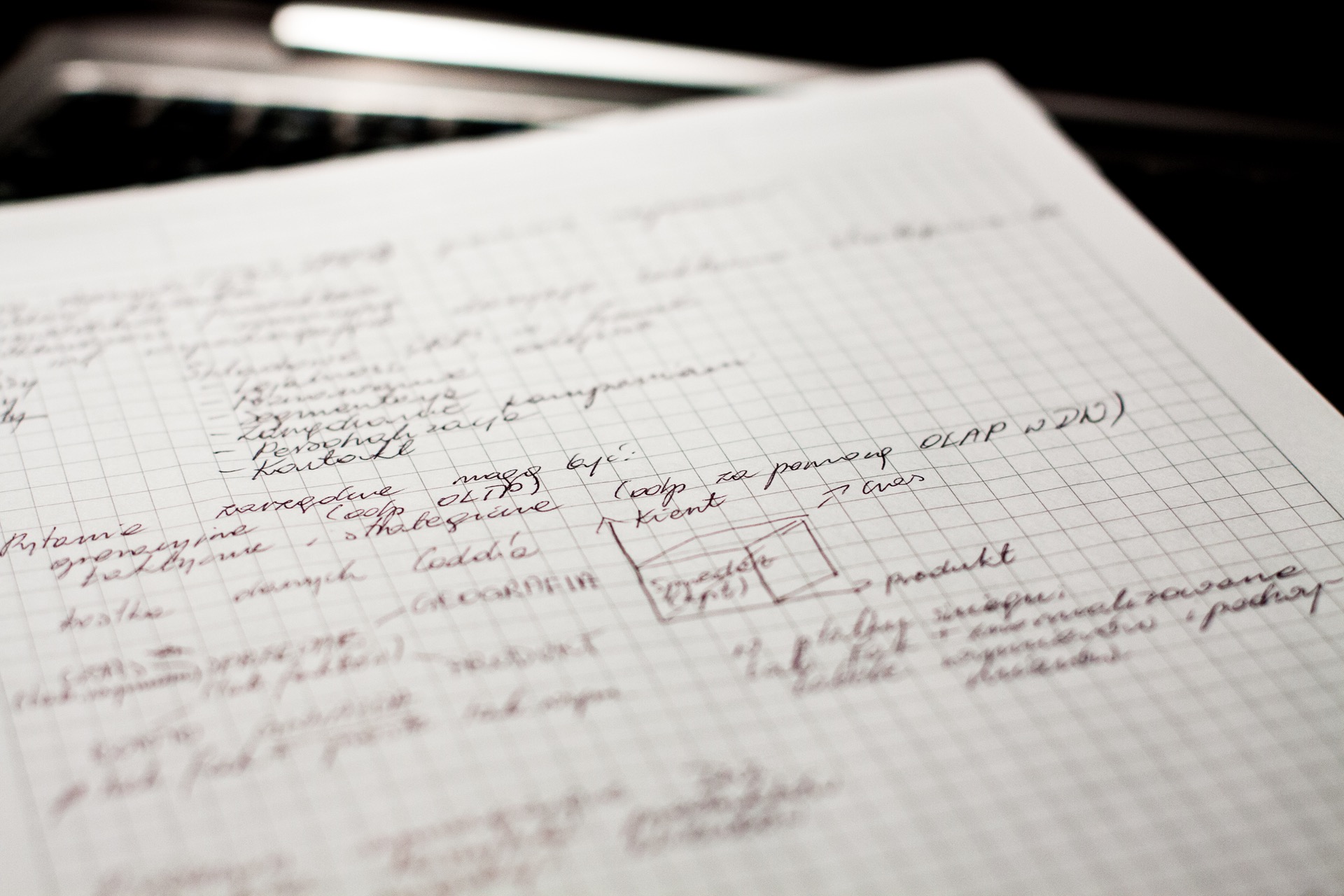 Two things that I keep telling my kids over and over. It comes up in EVERY session with EVERY kid.

Write EVERYTHING down. EVERYTHING. EVERYTHING. So many kids lose points by solving out the equation and then, at the very last second, losing the point.

Today a student correctly solved the equation. She wrote it all down: x was equal to 7, y was equal to 4. She glanced back up at the question which asked for y-x. She saw the negative sign, quickly did 7-4 =3 in her head, looked at the answer choices, and, of course, 3 was listed as answer choice A. Of course. And she blithely moved on to the next problem. All that work, all that time and she didn’t get the point.

Unfortunately, the SAT can’t tell the difference between a kid who misses a question because of a “silly” error like this, who clearly knows how to set up equations and solve for two different variables, and a kid who has no idea how to solve two systems of equations.

Of course she was expecting x-y. X’s come first. That’s why the SAT asked for y-x. It’s no big deal, right? It doesn’t make the calculation any harder. It’s still a simple subtraction problem.

But this illustrates the devious nature of the SAT. It’s tricky in subtle ways that you least expect. It’s just as much a test of meticulousness as it is of math, reading, and writing skills.

The SAT is just as much a test of meticulousness as it is of math, reading, and writing skills. Be METICULOUS. Write EVERYTHING down. Click to Tweet

Here’s another problem that she missed because she did that “thinking in your head thing.” This is from the College Board’s  SAT Official Practice Test 3, Section 3, Problem 4. 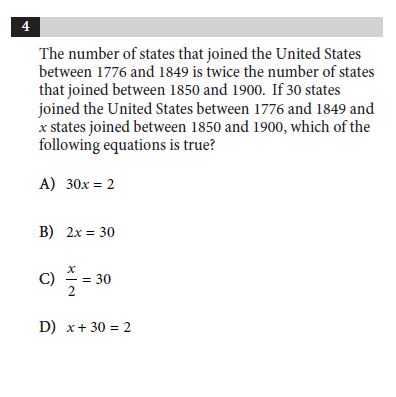 She correctly figured out that some number of states joined at twice the rate than the others. And that 30 states joined sometime. So, she reasoned, the answer should have something to do with 30 and 1/2 of something. Aha – choice C.

That is exactly what the College Board is hoping kids will do. Look at the all the numbers in the problem. They deliberately wrote out the sentence this way. If, instead, they had written, “If 30 states joined the US earlier at twice the rate than later, how many states joined later?” then everybody would get it right.

Here’s how to make the info much more clearer.

Write it down. Make a chart 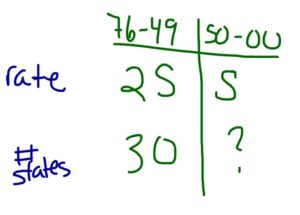 It’s pretty easy and obvious that the unknown is 15. 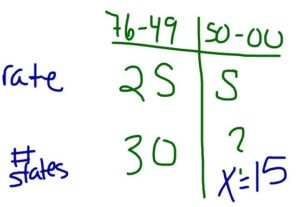 Now that we know x=15, simply substitute that into the answer choices and see which equation is correct.

Get the discipline that will help you when it gets harder

I know that this is easy and obvious. That many kids could sort out the answer by doing in it their heads. But – and it’s a big but- the questions are going to get longer, more complex and more complicated very quickly.

Build up the habit now of making a chart and organizing your data. It will then make actual hard problems much easier to solve.