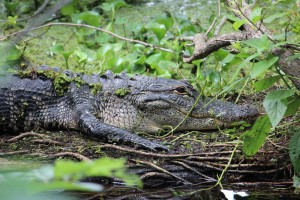 I’ve been fielding a lot of questions from parents about the new SAT that is scheduled to arrive March 2016. My advice differs depending on what year you are.

I’ve done a quick interview with Celest Horton over at How To Pay For College HQ on a PSAT/NMSF game plan for the class of 2017.

You can ignore the new SAT. Yay!

You’re taking the current SAT this year and might need to take it during the fall of 2015 to get the scores that you need. Either way, you are working with the current SAT.

Focus instead on either taking the current SAT in the fall or the ACT in the spring. Or skip the SAT altogether and focus solely on the ACT.

You might even want to consider taking the May 2015 or June 2015 test for practice this year. It can give you a good benchmark on where to focus your attention if you need to study over the summer.

If for whatever reason you don’t get the scores you want on the SAT by Jan 2016, you still have 4 months to take the ACT.

Here’s why I think you should avoid the new SAT in 2016 if you can:

You are going to have to wrestle with both the new PSAT and new SAT.

The College Board has already published new PSAT questions. The Official Study Guide for the Redesigned SAT 2016 will be published at the end of June.

You’ll want to use these materials to study over the summer to prep for your October PSAT.

Then, I advise sitting tight until the PSAT results come back at the end of December. If you qualify for NMSF status, then you’ll want to start studying for the March SAT.

Luckily, by the time you turn your attention to the SAT (the summer before your junior year), all the bugs will be worked out and you’ll have a plethora of material to use for studying.