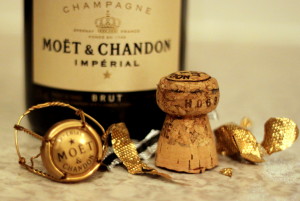 The June SAT score results are back today. How did you do?

As always, huge congratulations to my students! They did amazing work which resulted in stellar SAT scores across the board.

These kids with these numbers make it look easy. It’s not. Which makes their achievements even more remarkable!

K. is a student-athlete and was very motivated to get her goal score of 600s in all sections. She started out in the 500s on the January test. We worked together for 10 hours and she pulled up her score 180 points in May!

She was just 10 points shy of her goal in math. She wanted to try again on this June test. So we worked together for 4 more hours and she increased her score by 80 more points!

She did it – and then some. She is in the perfect position to qualify for the athletic scholarship she wanted.

H. was determined to increase her math score from her 660 (87%) on the March SAT to a 700. It is very hard to improve when you are already that good – it requires perfect execution.

She’s one of my favorite type of kids – smart and confident. Sometimes too confident.

Which makes it a challenge as a teacher – how to I get her to listen to me when she’s convinced she’s right and I’m wrong?

We worked together for 7 hours and she stayed right around a 650 for most of that time. We spent a lot of time talking about *why* she was missing the questions – not from a math point of view because she already had the math content knowledge and could immediately see her mistake. But about why she made the mistake in the first place.

B. had Stanford on his reach list. He had a good scores on the March test, but not high enough for Stanford.

His mom contacted me a couple of weeks before the June test. His soccer team made the playoffs so he didn’t have much time to focus on the SAT.

I told her it wasn’t possible to get into the 95% with less than a week to prepare. No way. (Have I mentioned how difficult it is to increase a great score to an insanely-great score?)

..in one hour of tutoring

We met for one session. We covered mostly math and a little bit of writing.

And here are his results:

D. is another amazing kid. He also had good scores but more ambitious goals: Yale. He needed to score in the 95% in math and writing and in the 80% in reading.

Here are his March SAT scores:

We had four sessions, 3 focused on reading and 1 on math.

(Interestingly, in math we figured out he was bringing a cannon to a water gun fight. So we talked about how to change his strategy to maximize his score and play to his strengths. He calls it gaming the test. I just call it smart, strategic test-taking.)

And he knocked it out of the park.

(In fact, his school college counselors heard about his score increase and asked him to teach next year’s class how to do the same thing.)

And just to make the point that amazing improvements can happen at any range, here are M’s results.

She started out very low, well under her expected scores (because she was following bad advice she learned in a SAT class.)

We worked together for 12 hours and created a better strategy that played to her strengths and minimized her weaknesses and she quickly began scoring much better on her practice tests. So I expected a pretty big jump when she took the June test.

Here are her June SAT scores:

That’s a 290 point increase! Some of that is improved content knowledge but most of that score is attributed to better strategies.

We still have a ways to go to meet her goal of 600s, but she is so much closer than she was. (And happier and more confident and very proud of herself – as she should be!)

Smart, motivated students + a great SAT coach who knows how maximize their strengths and minimize their weaknesses = amazing SAT scores!