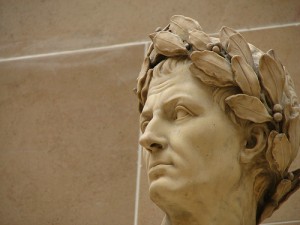 [Note: this refers to the old SAT. However, the advice on understanding the meaning of words based on the context of the passage still applies.]

One of the things test in the critical reading passages is your ability to figure out what words mean based on the context of the passage.

“In spite of the ridicule that various newspapers aimed at the women’s movement, Frederick Douglass continued to lend it his active support. Indeed, few women’s right conventions were held during the 1850’s at which Douglass was not a featured speaker and whose proceedings were not fully reported in his paper. [Line 7] Invariably, the notice would be accompanied by an editorial comment hailing the meeting and expressing the editor’s hope that it ‘will have a powerful effect on the public’s mind.'”

In context, the word “hailing” (line 7) most nearly means

A. pouring down on
B. audibly greeting
C. summoning
D. originating
E. praising

You probably are most familiar with the first dictionary definition of hail – precipitation. And you might even know the second definition of hail – to greet. But to understand the meaning of hail in this passage, we have to go back to the passage and read it carefully.

Clearly Douglass supports the conventions  – “[he] continued to lend it his active support” and “few conventions were held..whose proceeding were not fully reported in his paper.” So he wrote an editorial comment “hailing” the meeting and “expressing [his] hope that it will have a powerful effect on the public’s mind.” In the case, hailing must mean something like supporting or approving.

Praising is the closest match to that. And the third definition of hailing is “to praise.”