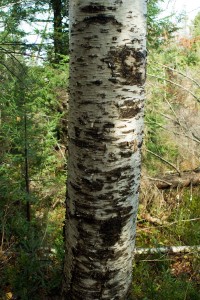 The fabulous Erica Meltzer, who writes the Ultimate SAT Verbal blog, has written a great post about keeping your eye on the big picture.

“…[The College Board] will always deliberately choose passages containing bits that aren’t completely clear — that’s part of the test. The goal is to see whether you can figure out their meaning from the general context of the passage….The trick is to train yourself to ignore things that are initially confusing and move on to parts that you do understand.

Running into a tree

My students routinely stumble in this passage from Test 8 in the The Official SAT Study Guide, 2nd edition.

“This passage, about animal perception, was adapted from an essay by a writer who trains animals.

Anyone who trains animals recognizes that human and animal perceptual capacities are different. For most humans, seeing is believing, although we do occasionally brood about whether we can believe our eyes. The other senses are largely ancillary; most of us do not know how we might go about either doubting or believing our noses. But for dogs, scenting is believing..

..So if Fido and I are sitting on the terrace, admiring the view, we inhabit worlds with radically different principles of phenomenology. Say that the wind is to our backs. Our world lies all before us, within a 180 degree angle. The dog’s – well, we don’t know, do we?

Here’s the question that stumps them:

11. The example in the last paragraph suggests that “principles of phenomenology” can best be defined as

They get stuck because they don’t know what “phenomenology” means.

Step back and observe the forest

Hmm..let’s see if we can solve it by stepping back and observing this particular forest.  What is the main point of this passage? Humans see the world but dogs smell the world.

Chop down the wrong answers.

A) The main idea and the last two paragraphs talk about Fido “believing” the garden and the world by smelling. The passage isn’t talking about “memorable things” that happen. Cross out.

D) The passage isn’t talking about “philosophical truths.” Cross out.

Now take a closer look at what is left.

B) It definitely talks about different kinds of perceptions, but not in terms of them causing different behaviors. “Fido and I are sitting on the terrace inhabiting worlds with different principles of phenomenology.” Our behavior is the same – sitting on the porch. Cross out.

C) “Different ways of knowing about something” – humans see, dogs smell.  Could be. Keep

E) “Effect of an individual’s perception on what others believe.” Close but not right. Fido’s nose leads him to “believe the scents of the garden.”  His individual perception determines what he believes, not someone else. Cross out.

Therefore C must be right.  And we didn’t even need to know what phenomenology means.

Take only pictures, leave only footprints

If you run into a tree, back up and look around you.